The first night with Rufus started off well. He got along with Sophie and wanted to play with the big bone. Sophie stayed in her standard guard mode, sitting directly in front of me while watch him with fascination. She’s part pit, part Australian Cattle Dog so when she needs to protect the flock, she means business. But she was willing to play. 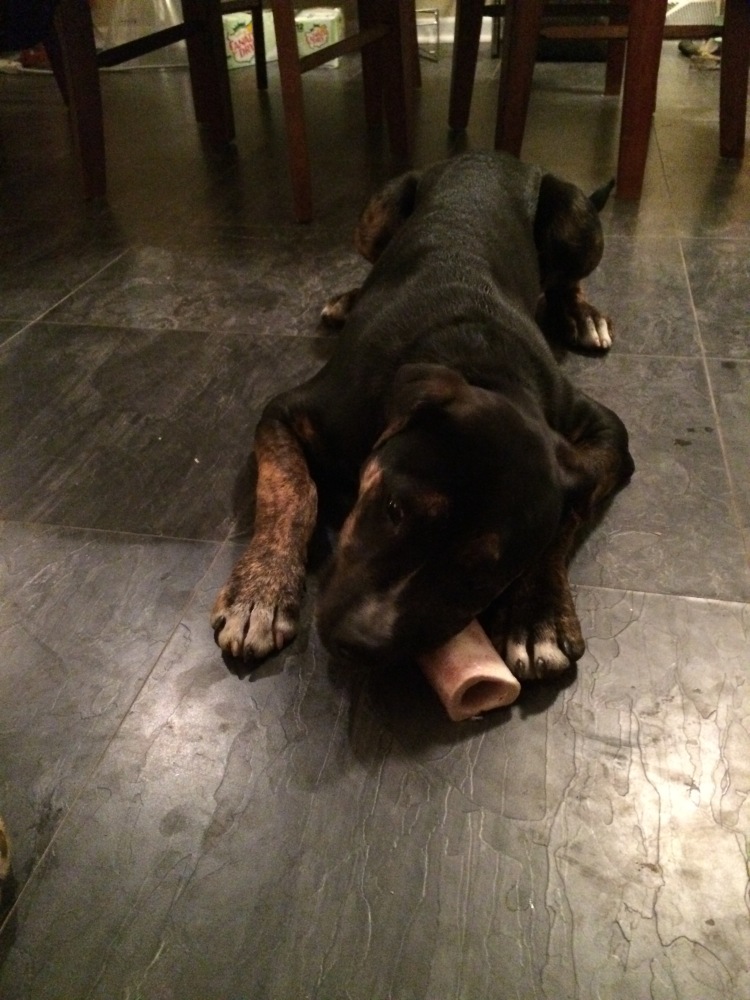 I contacted some nearby friends who have rescued lots of dogs in their time. They found this whole thing hilarious. I’d been talking about getting second dog, and was actually awaiting word on a pocket pointer from Texas. Word was coming in very slowly. I was not going to get three dogs. My friend Morriah said that the Texas rescue would understand – but I still felt a bit guilty. Fortunately the pointer was in a wonderful foster situation so there were no concerns for her safety.

If I adopted this alley mutt. Which I was not going to do. I’d foster him. That’s it.

But this first night required a few things: where was he going to sleep? I took him to PetSmart and picked out a crate that seemed to fit him. Around $80 but I’d use it for future fosters as well! Whatever. I was already feeling tired. This guy had a lot of energy.

Went back to the house and stuck him in the crate. He hated it. Like really hated it. Cry, bark, whine, lather, rinse, repeat. Of course he did. He was an untrained puppy.

After an hour or so my head couldn’t take it, so I let him out. He ran to Sophie. 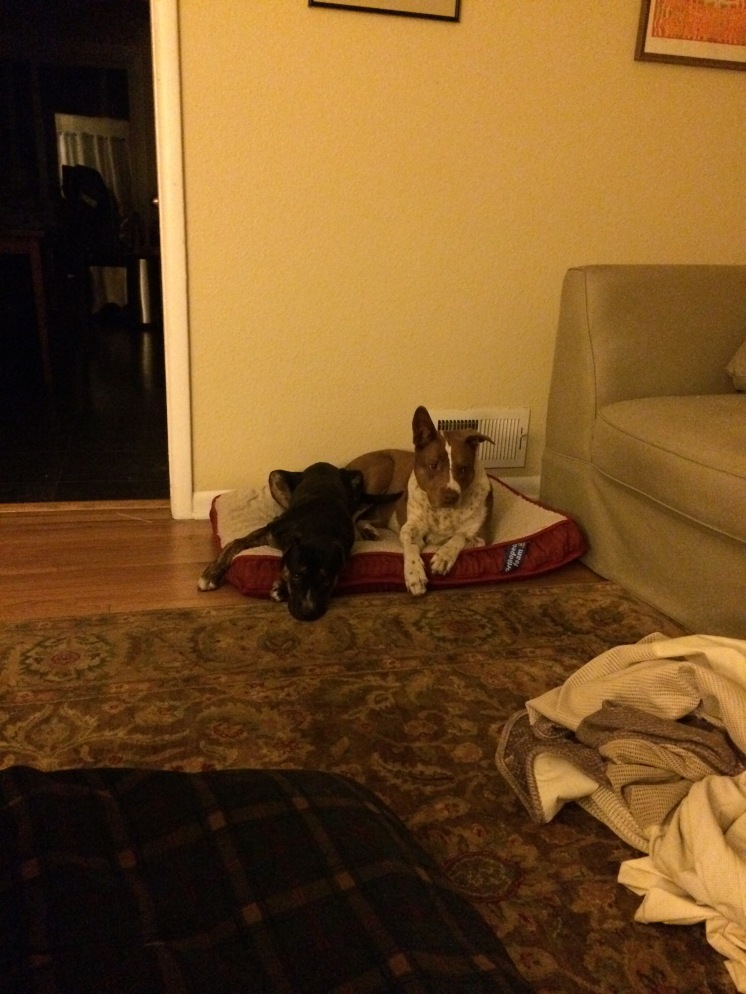 Out of the crate