Christmas is over, and Rufus survived boarding. He did it one previous time back in October for two nights but I was closer, in Colorado Springs. This time I was a thousand miles away. I worried he’d act up and that I wouldn’t be there to come and get him. But Sophie was his comfort dog and that’s not nothing. She’s everyone’s comfort dog, as long as you aren’t a squirrel or bunny.

While I was away at my parents, I was entertained by their Large Munsterlander.  She’s nearly eight years old and acts like a puppy. She is as needy as Rufus if not needier: she followed me everywhere and whined nonstop unless I petted her. She gets around just fine for a large eight-year-old and moves constantly. I couldn’t get her to stay still. We tried this selfie: 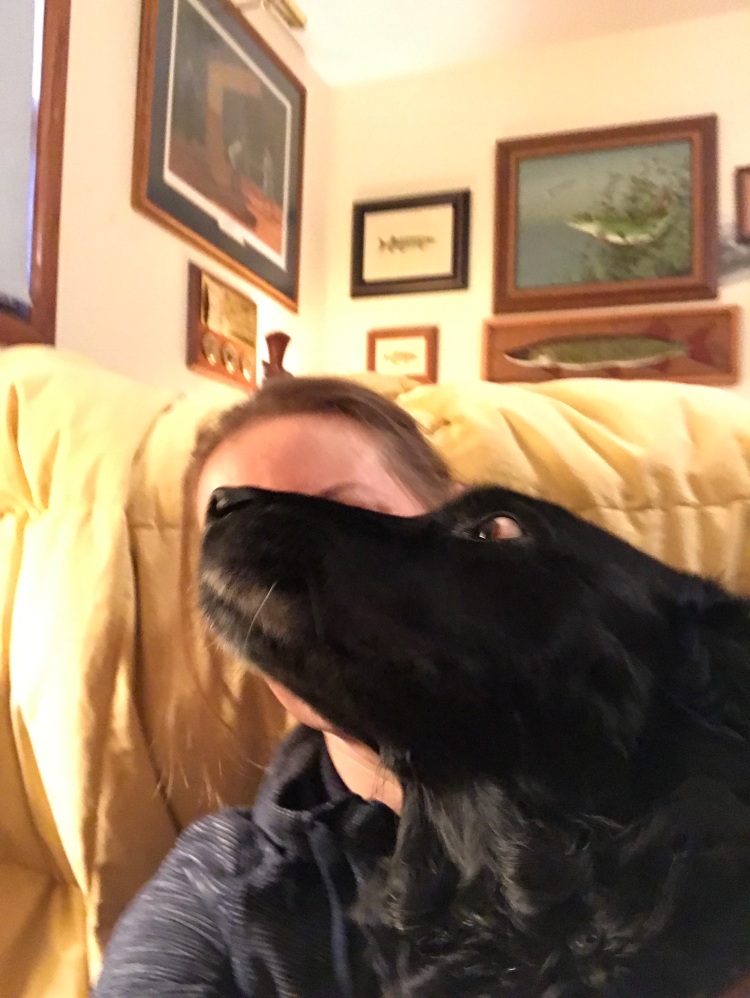 She’s a perfectly nice dog but she wasn’t the same as my pups. They spent three and a half days at the boarding facility. Not terribly long, but long enough. Eventually we’ll get up to a week. But for now that was as much as I was willing to give. Fortunately time went quickly enough and I was out the day after Christmas. After last year’s shit show with flying back to Denver I was plenty nervous about having to spend the day in an airport. Sometimes I wonder if airlines are aware that it snows in the Midwest in December, but I’m afraid to find out the truth. Luckily enough, this year my flight home was a thousand times better than last year. In fact we landed twenty five minutes ahead of schedule, there was a gate for us, and my luggage was unloaded quickly. For DIA that’s a big deal. A humongous deal. I felt like Karma was paying me back for last year. Karma owes me more than twenty five minutes if that’s the case, but it’s a perfectly fine start.

I got the shuttle to the parking lot (Mt Elbert lot, which is way off the beaten path of Pena Blvd), got my car, and headed home. I dropped off my bags and saw that everything was in order. Then I headed off to get the doggies.

Once there I was super happy to get a parking space in the front of the building. I wouldn’t be dragged to the parking lot by two exuberant dogs. Their report was good! Erin the manager told me this in a direct and surprised way. Clearly Rufus is adored but carefully watched by more than just me. That news was an enormous relief, in the way that hearing that it wasn’t your child who started the riot. (Not that there was any sort of doggy riot) I’d gone in there expecting a report of utter naughtiness and was relieved to learn that nothing of the sort happened.

I paid up and took two dogs outside. Of course there had to be more drama, though. I made sure that Rufus’ leash was firmly in my grip and assumed Sophie’s was too. It wasn’t. As soon as I opened the door, they bolted outside and Sophie took off. Thank God she stopped as soon as I called her. But talk about a nightmare coming true, if only for a few seconds. Traffic was busy enough to make her charge terrifying.

Once in the car they realized they were exhausted and lay down to try and sleep. No fur flying in excitement or wrestling matches continued from that morning.

So overall coming home provided an enormous “whew”. Holidays over, travel completed  and dogs back at home. That afternoon was very restful. I sat on the sofa flanked by sleeping dogs while watching a Game of Thrones marathon.Goddamnit, Eddard, don’t underestimate Cersei! She’s tougher and crazier than all of you put together! 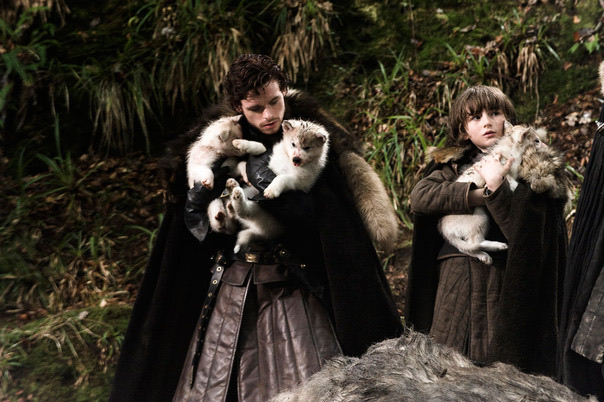